Three months in and my Visual Studio 2012 is running slow, I’ll even go as far as saying it is freezing up some times, so I loaded up SysInternals Process Monitor and set a filter on Visual Studio and to my complete and utter amazement I found PerfWatson running wild in the system 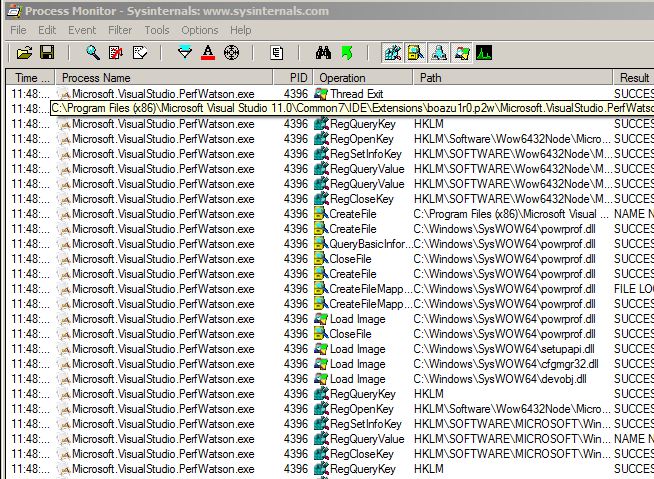 PerfWatson is designed to drive performance improvements and make Visual Studio faster by automatically reporting back to Microsoft, this sounds great but it is just running crazy on my machine and I need to take it off.

To take it off you need to be in Visual Studio 2012, if you can get it loaded, then go to the Tools/Extensions and Updates sections and you’ll find Visual Studio PerfWatson installed, just uninstall and it will be gone. 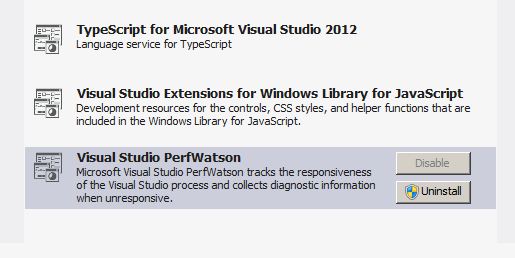 Another area to clear out is the WebSiteCache, which Kevin Rintoul wrote about on his blog Slow Visual Studio Performance … Solved!, which can be found at:

Right below (above settings, NOT under), insert the following line of code:

Your visual studio should now be more responsive!

Anyone else got any tips to increase the performance of Visual Studio 2012 are most welcome.