Maybe you have already encountered the strange behavior that it takes much longer to copy large files in Windows Vista than in Windows XP. You thought that the change from XP to Vista would at least be not a disadvantage speed wise but Vista somehow seems to have a problem copying large files. This happens especially with mapped drives but it could also be that you witness network disconnects.
The problem is caused by a new feature called Auto Tuning which is by default enabled in Microsoft Windows Vista. What Auto Tuning does is that it reacts on changes in the network by tuning the receive windows size. The solution would be of course to disable Auto Tuning in Vista. Some users reported that disabling Auto Tuning had a positive effect on their ability to connect to services such as Windows Live Messenger which did not work before.
To disable Auto Tuning and speed up the copy process and avoid timeouts and disconnects do the following:
Open a command prompt and type the following:
netsh int tcp set global autotuninglevel=disabled
To turn it on again:
netsh int tcp set global autotuninglevel=normal

Cancel some of Windows Vista Effects 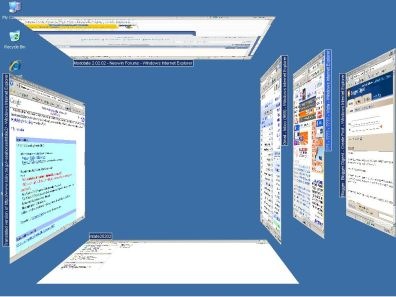 Disabling some of Windows Vista’s Visual effect will make your Video Card and CPU very grateful. Do the following:

uncheck everything but :
Show shadows under menus Show shadows under mouse pointer
Show translucent selection rectangle
Show windows content while dragging
Smooth edges of screen fonts
Use drop shadows for icons labels on the desktop
Use visual styles on windows and buttons

If your computer is not a Tablet Computer (most odds) go to Control Panel –> add/Remove and select remove system components uncheck Tablet PC since you don’t have one… For more advanced users you can change the Tablet option in the Services.
If you have time to spare then you can watch the Windows Vista Performance Round Table
If you are serious about performance, you can also type out Microsoft Xperf, just make sure you read the manual first.